Was it Good for you? Marvel Legendary Review

Posted by Unknown at 8:06 PM No comments:

Today we tackle Fantasy Flight Games, Marvel Super Heroes game from 2006.
Posted by Unknown at 8:21 AM No comments:

Not quite what I was hoping for: Iron Fist Season 1 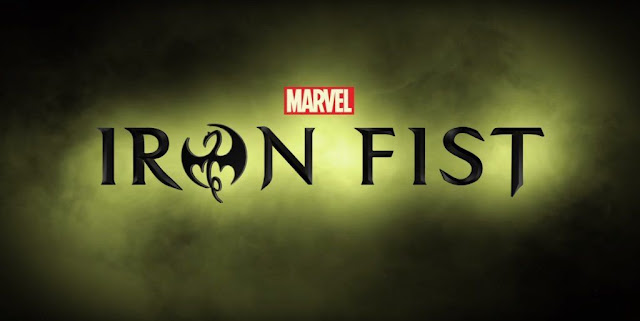 Netflix's Iron Fist isn't quite what I wanted or expected.  In the end that's the problem.  I went into Iron Fist expecting something sort of like Kung-fu: The Legend Continues, but with modern effects, a better budget and a different tone.   I was hoping for a love letter to 1970s Kung-fu movies.  Instead, I got a lot of talking and lackluster fights too far apart to make up for it.  I don't know if the problem was that Finn Jones wasn't capable of doing the required choreography, if the choreographer wasn't good enough to make interesting fight scenes, if the editor just didn't know how to cut the fight scenes, if the director didn't get the footage the editor needed or if the writers just didn't write anything interesting for them to do.  I do know that the pacing is far too slow and it gets increasingly frustrating as the series progresses.  In some ways the show has the same feel as the second half of Luke Cage, the ideas are there but not the vision to make it all come together.
The sad thing is that this is still better than a lot of crap on TV.  It just doesn't shine when placed next to Daredevil.

Was it good for you? Dresden File Cooperative Card Game

Troyes on a Saturday night

Unboxing Troyes and first impressions are "oh boy...this looks dense" Anyone else get that feeling?

Lots of cubes and algebra. The artwork has a well-done medieval tapestry look that is perfect for the theme.  Can't wait to give it a try! 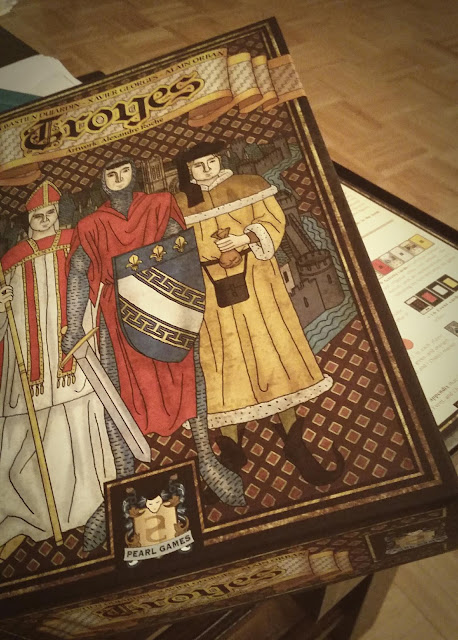 Email ThisBlogThis!Share to TwitterShare to FacebookShare to Pinterest
Labels: boardgames

Finally getting around to working on some terrain for Frostgrave/Mordheim!  Took advantage of some nice weather last weekend and got some foam cut, carved, painted and sealed.  Looking forward to rolling some dice.  I've since added some snow to the rocky pieces.